Enterprises establish stringent security operations to respond to rising cases of cyber-attacks. Security threats, risks, and attackers are, however, increasing their damage potentials and in sophistication. As such, it is essential to enhance incident detection capabilities and response measures. Traditional operations inhibit organizations from achieving this due to factors like skill shortages and inadequate personnel, and reliance on manual processes that are no match to the highly advanced cyber threat actors.

Augmenting security operations means enhancing and strengthening their capabilities. Artificial intelligence technologies have been revolutionary in the cybersecurity industry and have been extensively applied in developing security products and processes. In fact, they have been used to address the talent and skill shortages, ineffective manual processes, and the insufficient traditional approaches that hamper incident detection and response. Here’s how:

There are many other reasons for integrating AI in cybersecurity operations. It enhances security by automatically identifying an attack in different phases like; hidden communications such as command-and-control; lateral movement; internal reconnaissance; data exfiltration; abusing account credentials; and attacking campaigns, including mapping hosts and related attack indicators.

Defend Your Business Against Downtime and Cyber Threats

The comprehensive solutions and services provided by Infrascape helps to proactively avoid network downtime and secure against cyber threats.
Contact Us 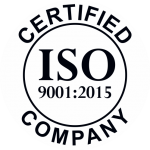 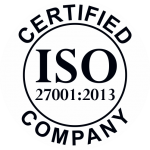